NASA’s 2,263-pound (1,026-kilogram) robotic vehicle descended on western edge of Isidis on Thursday as JPL made an official announcement in its mission control

NASA’s perseverance on February 18 made a historic touchdown on Mars’ surface at 3:55 p.m. EST (12:55 p.m. PST). The explorer landed safely following ‘7 minutes of terror’ as dubbed by NASA, following which, JPL made an official announcement in its mission control at NASA’s Jet Propulsion Laboratory in Southern California. NASA’s 2,263-pound (1,026-kilogram) robotic vehicle descended on the western edge of Isidis. The explorer, which hit the landing site, Jezero Crater, will begin its mission to search signs of ancient microbial life and collect samples of rock and regolith, broken rock and soil, for its separate return mission to Earth. Perseverance will explore Jezero’s ancient lakebed and river delta to characterize the region’s geology and past climate, and establish if the planet was habitable billions of years ago.

“A fundamental part of its mission is astrobiology, including the search for signs of ancient microbial life. To that end, the Mars Sample Return campaign, being planned by NASA and ESA (European Space Agency), will allow scientists on Earth to study samples collected by Perseverance to search for definitive signs of past life using instruments too large and complex to send to the Red Planet,” the space agency informed, Thursday. As rover landed near Mars’ giant impact basin just north of the Martian equator, without any complications,  JPL Director Michael Watkins celebrated the smooth landing saying, “Landing on Mars is always an incredibly difficult task and we are proud to continue building on our past success.” “But, while Perseverance advances that success, this rover is also blazing its own path and daring new challenges in the surface mission,” he added. 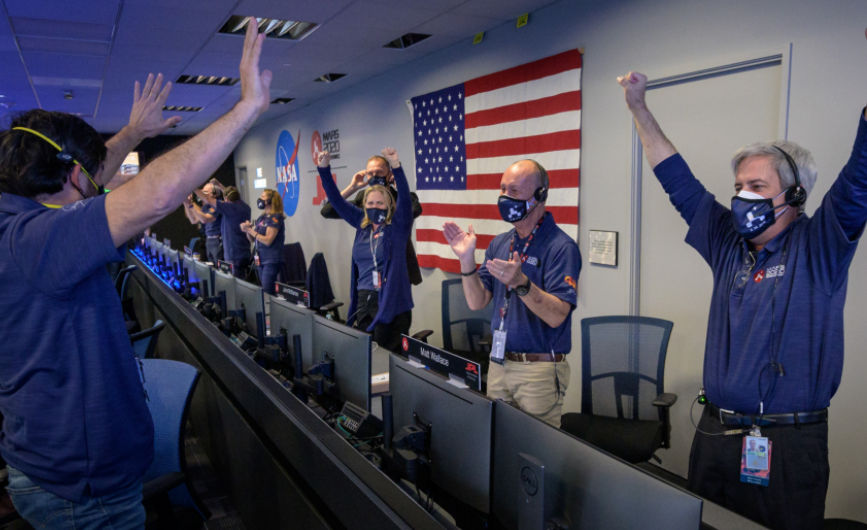 [Team at JPL erupts in hoots and applauds as Perseverance makes a safe landing on Mars Thursday. Credit: Twitter/@NASAPersevere]

Further, explaining about the mission, JPL Director Watkins informed, “We built the rover not just to land but to find and collect the best scientific samples for return to Earth, and its incredibly complex sampling system and autonomy not only enable that mission, but they also set the stage for future robotic and crewed missions.”  Perseverance rover is carrying at least seven primary science instruments, the most cameras ever sent to Mars, and its exquisitely complex sample caching system – the first of its kind sent into space.

“Perseverance is the most sophisticated robotic geologist ever made,” Lori Glaze, director of NASA’s Planetary Science Division said. “Verifying that microscopic life once existed carries an enormous burden of proof,” she stressed. According to NASA, the rover’s Entry, Descent, and Landing Instrumentation 2 (MEDLI2) sensor suite collected data about Mars’ atmosphere during entry, and the  Terrain-Relative Navigation system helped the vehicle land safely on the Martian surface. Perseverance is fitted with French-built Mastcam-Z, a pair of zoomable science cameras on Perseverance’s remote sensing mast, or head, that creates high-resolution, color 3D panoramas of the Martian landscape. 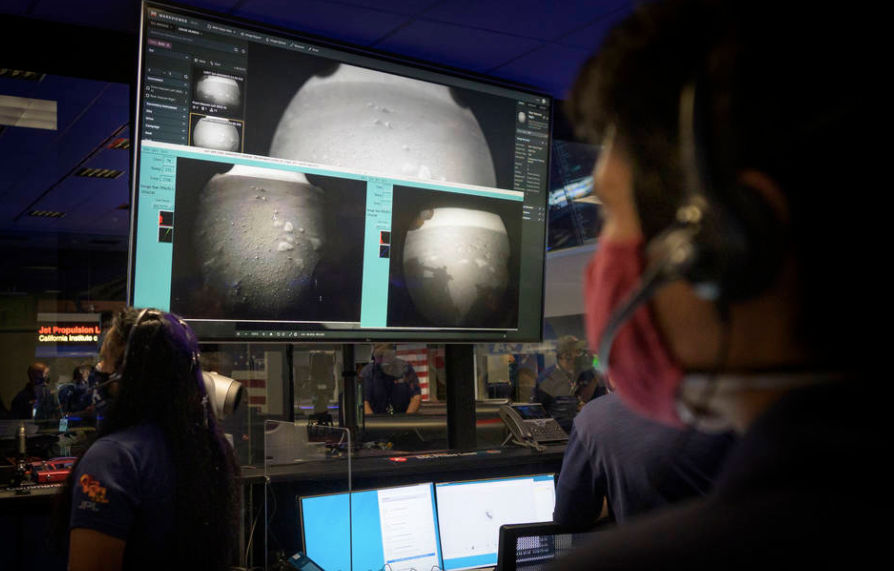 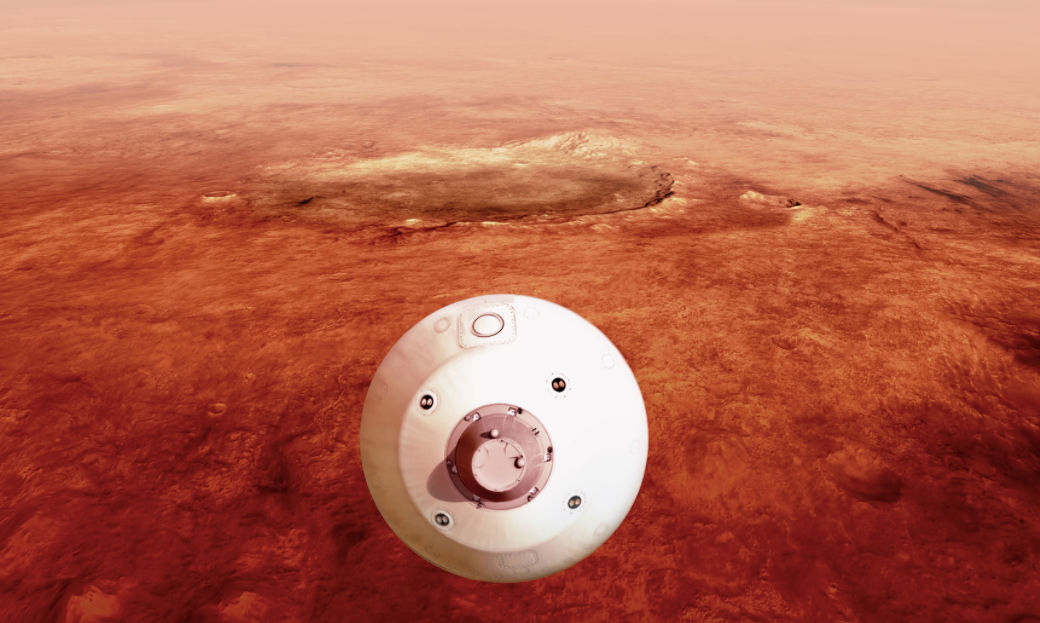 [The aeroshell containing NASA’s Perseverance rover guides itself towards the Martian surface as it descends through the atmosphere. Credit: NASA] 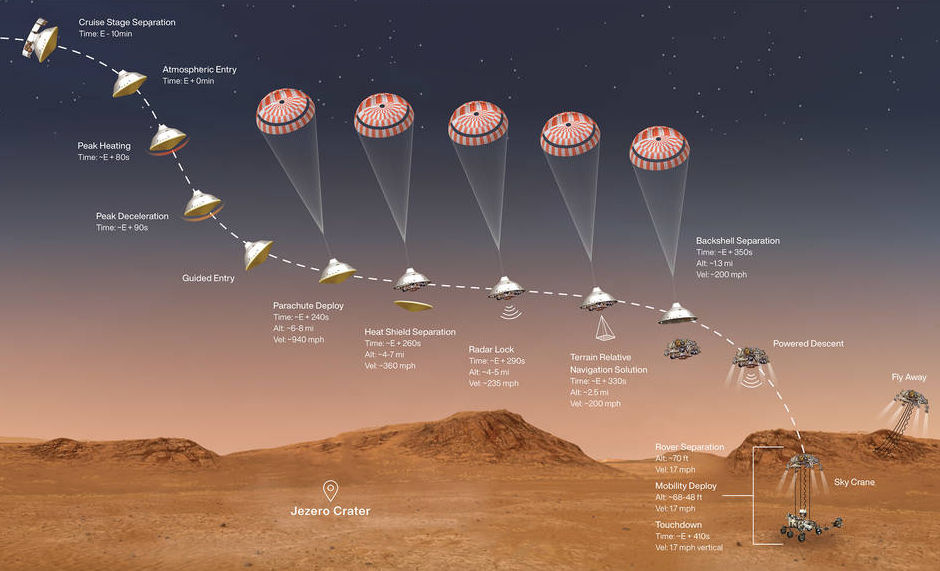 [This illustration shows the events that occur in the final minutes of the nearly seven-month journey that NASA’s Perseverance rover takes to Mars. Credit: NASA]

Read: How Fast Is Perseverance Travelling To Mars? Find Out When The Rover Lands On Mars

Read: NASA Rover Lands On Mars To Look For Signs Of Ancient Life

In a strong message to Turkey, India on Wednesday reminded Turkey of United Nations Security Council or UNSC resolutions on Cyprus after the latter raked UNSC resolutions on Kashmir. India's Second Secretary, Permanent Mission of India to UN, Geneva, Seema Pujani said, "As far as the subject of UN Resolutions is concerned, we would advise…
Read more
Politics