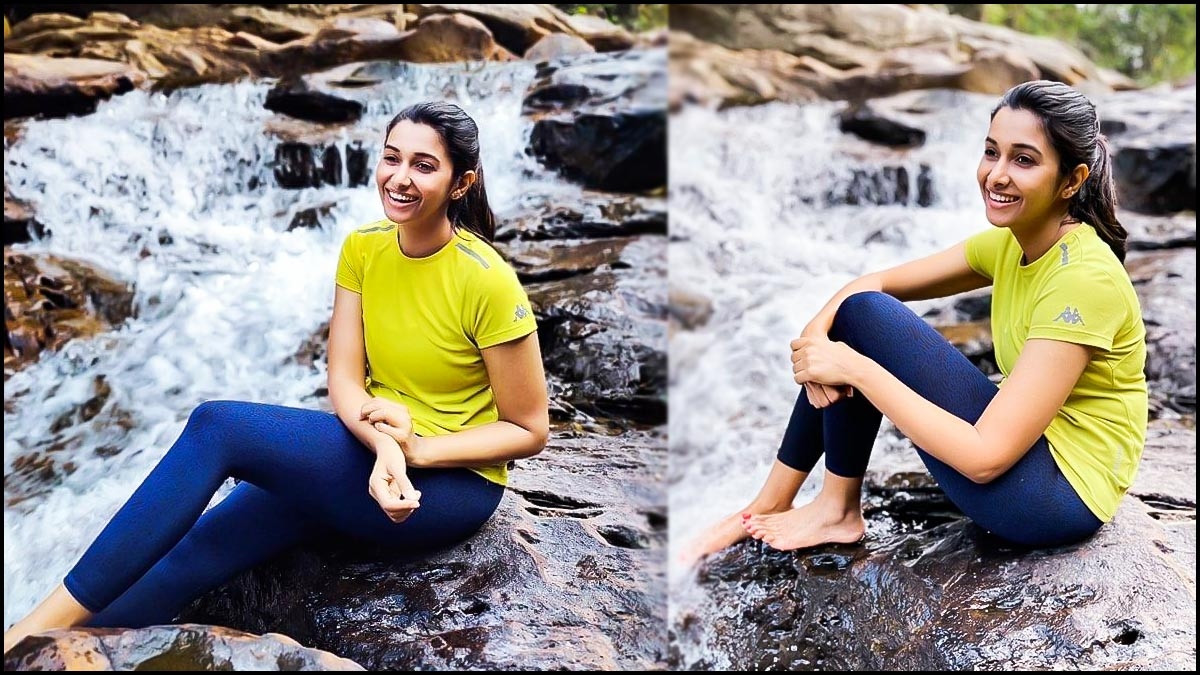 Priya Bhavani Shankar has grown in leaps and bounds in Tamil cinema after starting her career as a newsreader and then a teleserial actress. She is one of the most confident among the young brigade who gives the impression of knowing what she is doing and forging ahead in her career. 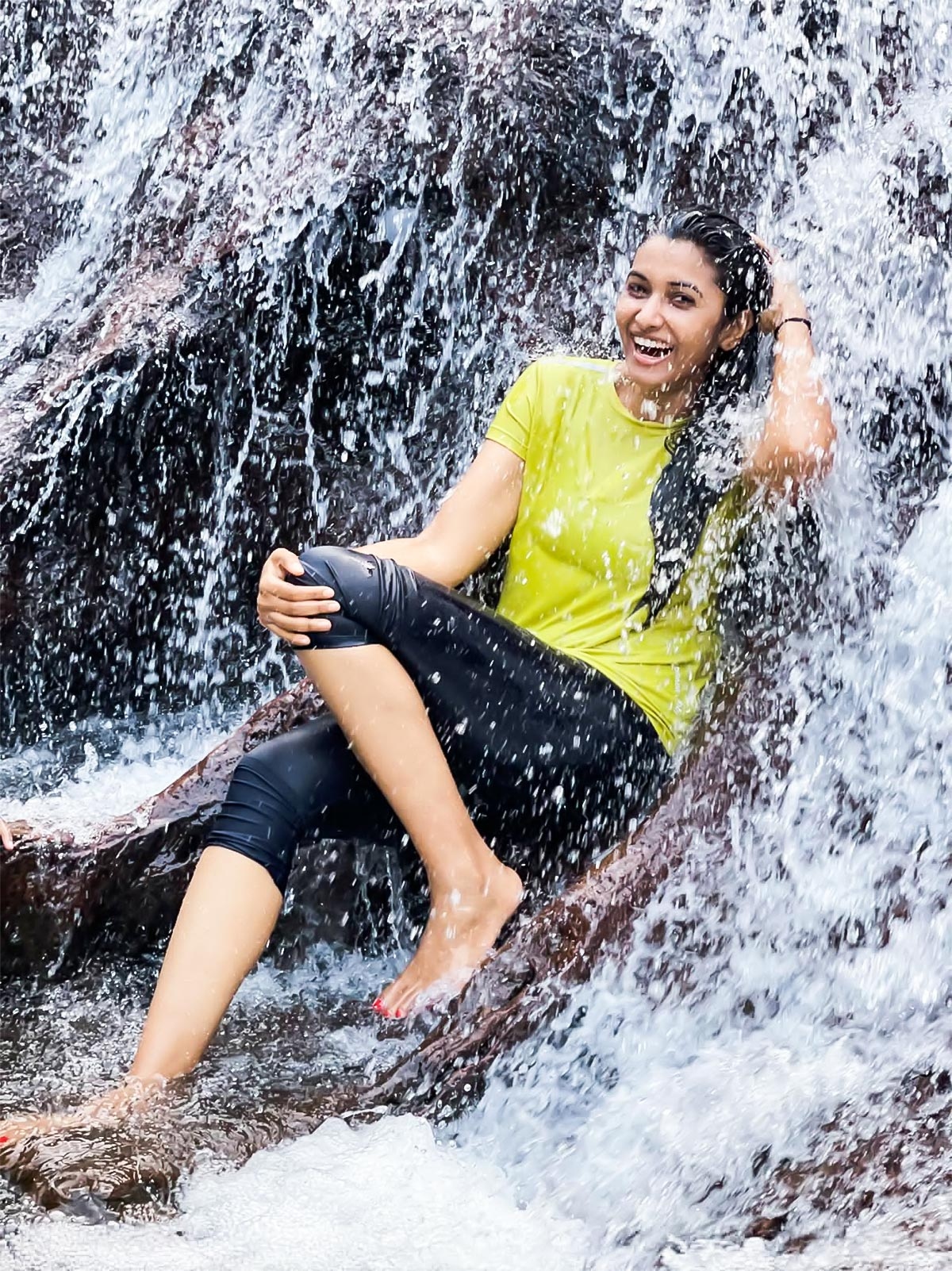 Priya is also in a long-time romantic relationship with her boyfriend Rajavel and the couple recently celebrated their tenth anniversary together. The pretty actress is very active on social media and never fails to stun her followers with her pics and posts. 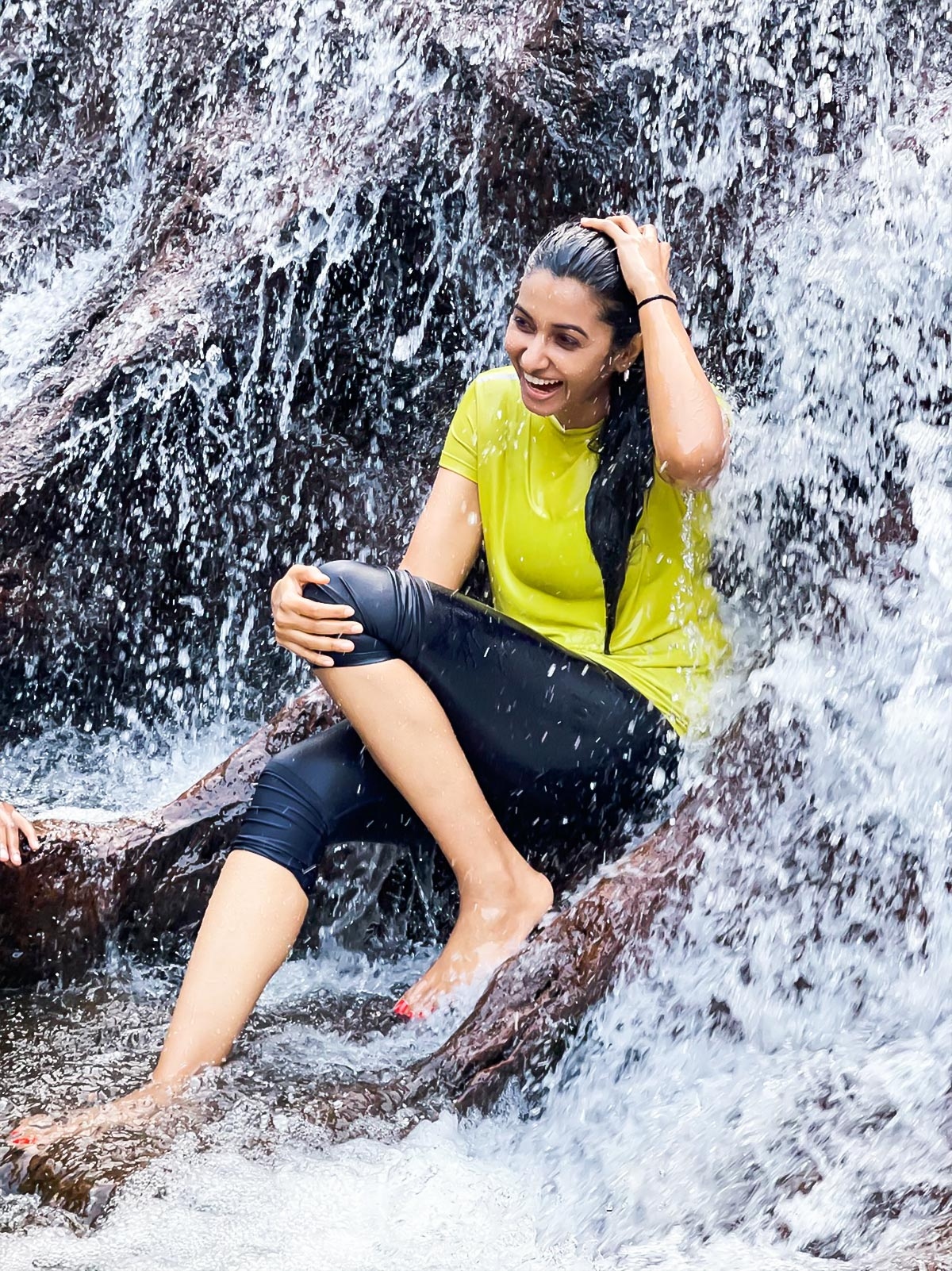 Priya’s latest Insta photos show her having a cool shower under a waterfall and in her poetic style she has written “There is no time to be bored in this beautiful world”. 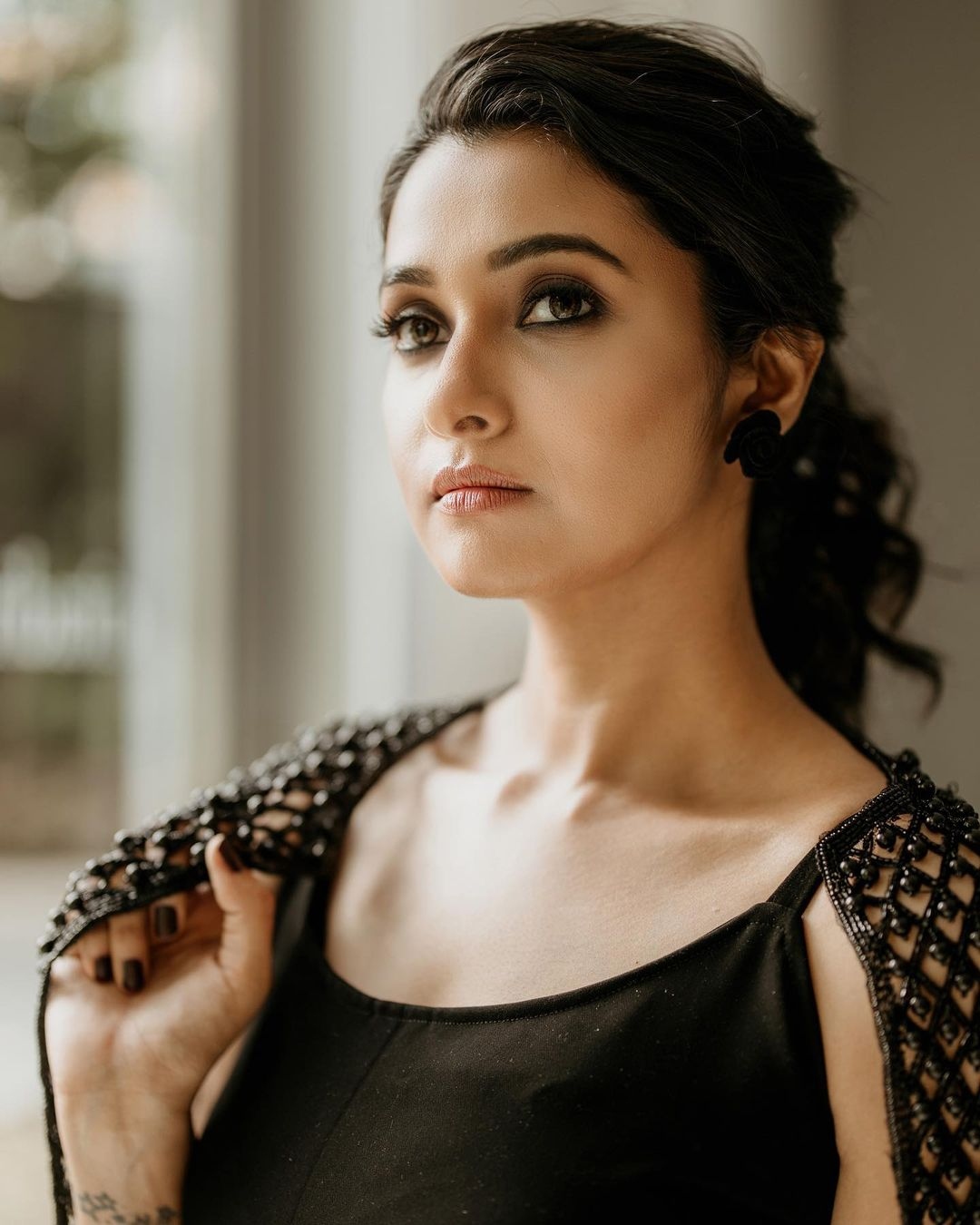