Prasanna’s generous help for heart surgery of a small child

Prasanna over the years has earned the reputation of being one of the most versatile actors among the current generation. His hard work and dedication is well known in the industry and apart from that he also lends a helping hand to those in need without seeking publicity.

Prasanna has acted in a new direct- to -television film ‘Naanga Romba Busy’ produced by Sundar C and costarring Shruthi Marathe, Rittika Sen, Shaam, Yogi Babu and Ashwin Kakkamanu among others. The film was telecast on Sun TV as a Diwali special and has garnered praise.

Prasanna was shooting for ‘Naanga Romba Busy’ at the Chettinad Hospital when a poor couple approached him and thinking that they wanted a photo he posed for it. But the couple hesitantly told him that their little child had to undergo a heart surgery and requested him for help. 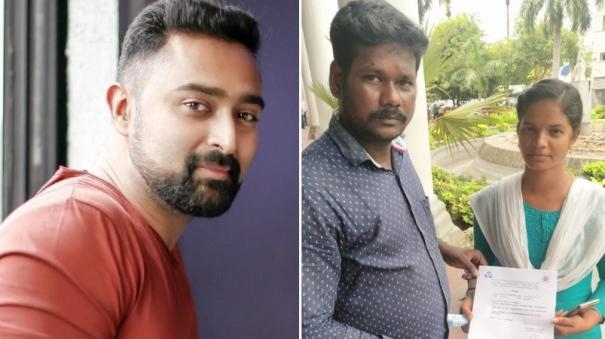 Prasanna immediately got in touch with the concerned doctors and after confirming all details had donated one lakh and fifty thousand rupees for the surgery. The couple had themselves publicised the matter after the successful recovery of their child and have thanked the star for his generosity.