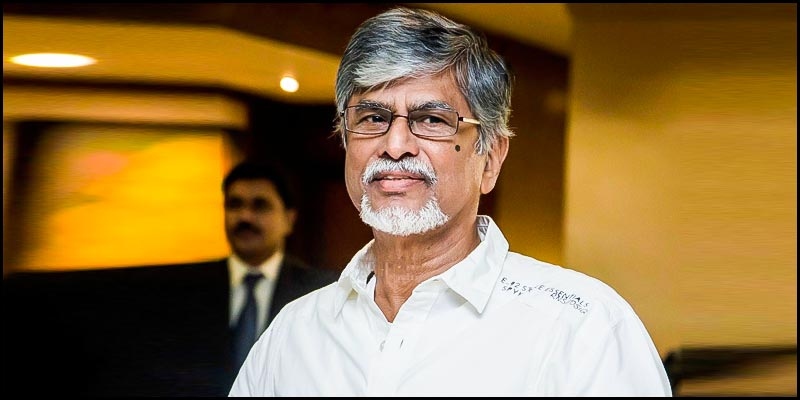 Veteran director S.A. Chandrasekhar has been hitting the headlines lately for his attempt to convert his son Vijay’s fan clubs into a political party. Controversy erupted when Vijay released a statement that he did not have anything to do with his father’s political ambitions and ordered his fans to not support him.

The Revolutionary Director as he was known in the eighties has been giving interviews that he wanted to convert the Thalapathy Vijay Makkal Iyakkam in to a party for the good of his Vijay and also alleged that his son is in the grip of a toxic group who misguide him.

Meanwhile SAC is currently in Pondicherry shooting for the sensational film ‘Maanaad’ directed by Venkat Prabhu and starring Simbu and Kalyani Priyadarshan as the lead pair. In the film SAC is ironically playing the chief minister and scenes of him along with hundreds of party workers are being shot. Netizens are commenting that it is a good omen for SAC to be acting as the CM in ‘Maanaadu’ right at the time he is starting his new political party.

Twitter Recognizes Biden as the Next @POTUS, Despite Trump’s Denial

Twitter is getting ready to formally recognize Joe Biden as the 46th president on January 20, even as President Donald Trump marches on with his failing, conspiracy-laden crusade to overturn the election results and as many Republicans still refuse to acknowledge them. The social media giant is “actively preparing” to do its part in the…
Read more
Entertainment

Ricky Schroder Helps Get Kenosha Shooter Out of Jail

In a world where Scott Baio regularly appears on right-wing news programs defending Donald Trump, there's no point in acting surprised when an '80s teen heartthrob makes an appearance with MAGA provocateurs.This time it is Ricky Schroder, star of the Jon Voight boxing film The Champ, sitcom Silver Spoons and, later, Lonesome Dove, who was…
Read more
Entertainment

The fourth season of The Crown has been available to stream on Netflix for less than a week, but it is already considered table stakes for topical cultural discourse. (Anyone caught without an opinion on the Falklands War shall be shunned from the group chat.)For those that haven't had the time yet to catch up…
Read more
- Advertisment -

Review: Synchronic is a time-bending slow burn of a sci-fi thriller

Still upset about [redacted], though — Anthony Mackie gives a stellar performance as doomed man for whom time is unraveling. Jennifer Ouellette - Nov 22, 2020 3:00 pm UTC Anthony Mackie and Jamie Dornan star as New Orleans paramedics who encounter a series of bizarre, gruesome accidents in the sci-fi thriller Synchronic.Chances are you missed Synchronic,…
Read more