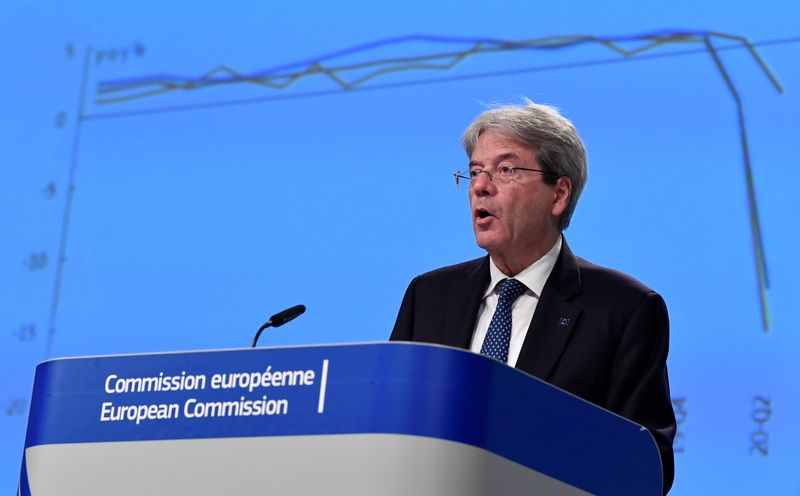 Budapest and Warsaw vetoed the adoption of the 1.1 trillion euro 2021-2027 EU budget and the 750 billion euro Recovery Fund on Monday because the budget law included a clause which makes access to money conditional on respecting the rule of law.

Gentiloni told the Italian parliament the German EU presidency was working to resolve the dispute and there were “very robust reasons” to expect it would be successful.

The former Italian prime minister said he was concerned that the tussle could delay the effective launch of the Recovery Fund but it was still on schedule at the moment, and he preferred not to consider any “plan B”.

He said Poland and Hungary “are among the biggest beneficiaries” of the EU budget and are also suffering a heavy impact from the coronavirus and therefore had no economic interest in blocking the EU’s plans.

In other remarks, Gentiloni said the EU’s Stability Pact would remain suspended for as long as the bloc’s economy is in “severe economic difficulty”, and certainly throughout 2021.

He said countries with high public debts must not be penalised or prevented from adopting the expansionary policies necessary to tackle the recession caused by the epidemic, but debts would need to be reduced in the medium term.

The best way to do this would be part of the EU’s new budget rules which are currently being worked on, he added.

Disclaimer: Fusion Media would like to remind you that the data contained in this website is not necessarily real-time nor accurate. All CFDs (stocks, indexes, futures) and Forex prices are not provided by exchanges but rather by market makers, and so prices may not be accurate and may differ from the actual market price, meaning prices are indicative and not appropriate for trading purposes. Therefore Fusion Media doesn`t bear any responsibility for any trading losses you might incur as a result of using this data.

Fusion Media or anyone involved with Fusion Media will not accept any liability for loss or damage as a result of reliance on the information including data, quotes, charts and buy/sell signals contained within this website. Please be fully informed regarding the risks and costs associated with trading the financial markets, it is one of the riskiest investment forms possible.

Online banks are just as safe as brick-and-mortar banks, and you may like them if you’re comfortable banking digitally

Official adverts created by the German government last week encouraged the country to be "lazy as raccoons" to prevent the further spread of COVID-19. One of the ads, which was widely shared on social media, shows an old man speaking about how in the "winter of 2020" people became "heroes" after doing "absolutely nothing." Last…
Read more
- Advertisment -