Tommy DeVito, one of the smooth harmonizers of legendary doo-wop group the Four Seasons, has died from complications of the coronavirus. The baritone vocalist and lead guitarist was 92.

When reached by The Post for comment, Four Seasons frontman Frankie Valli and singer-keyboardist Bob Gaudio said in a joint statement:

“It is with great sadness that we report that Tommy DeVito, a founding member of the Four Seasons, has passed. We send our love to his family during this most difficult time. He will be missed by all who loved him.”

“My dear friend Tommy passed away in Las Vegas at 9:45 last night,” Nittoli wrote, spurring dozens of emotional condolences. “With deep regret I am writing this sitting in his living room. I was informed by his daughter Darcel there will be a service in New Jersey.”

DeVito began performing with Newark native Valli in doo-wop crews such as the Variatones and the Four Lovers circa 1954. After co-founding the Four Seasons in 1960, the male vocalist crew cranked out a string of chart-topping hits in a decade otherwise dominated by the British Invasion. The bandmates’ classic tracks include “December 1963 (Oh, What a Night),” “Walk Like a Man,” “Big Girls Don’t Cry” and “Sherry.” 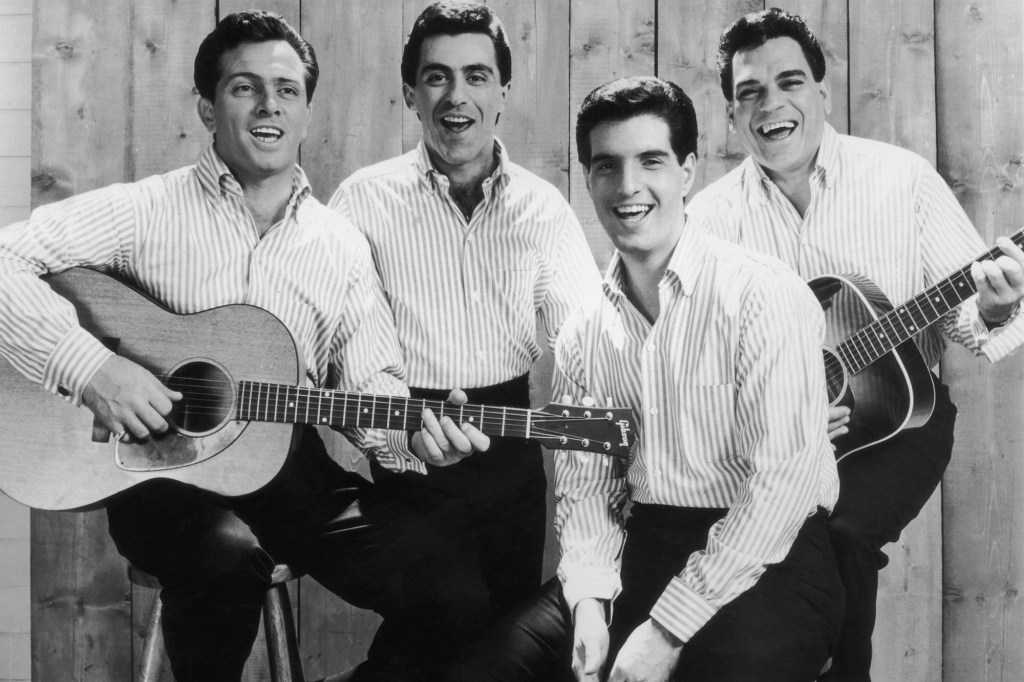 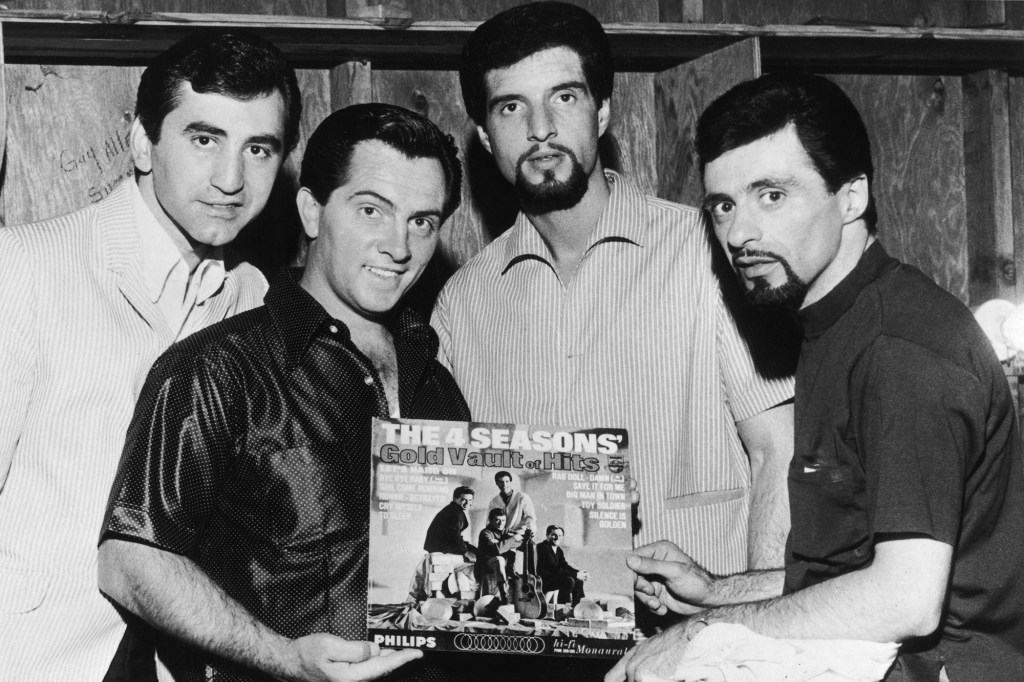 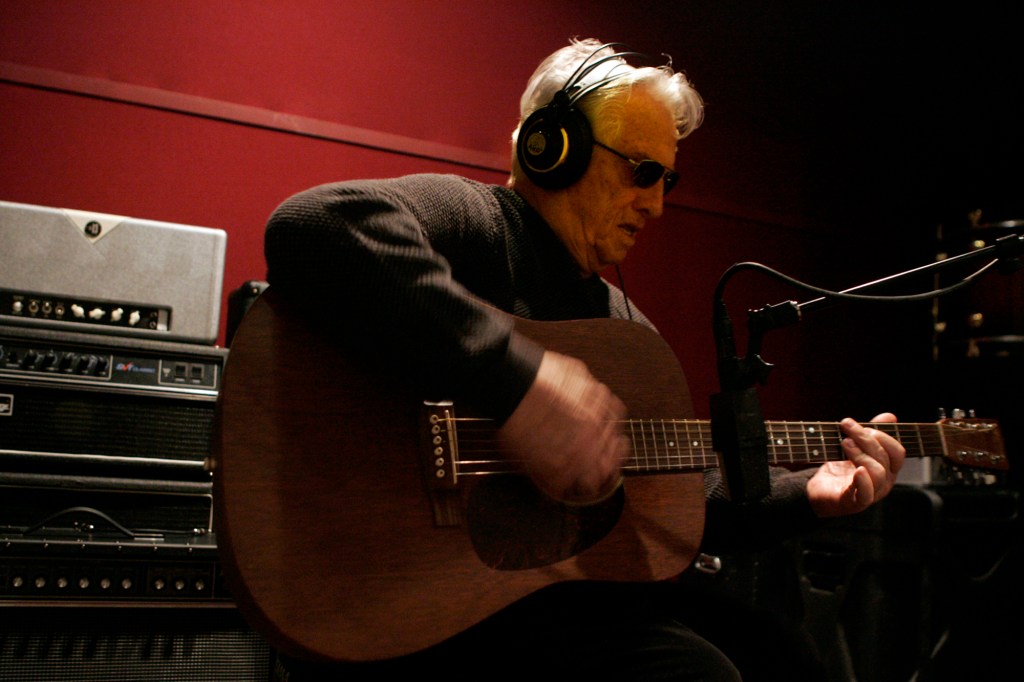 Tommy DeVito in a Las Vegas recording studio in 2014

Happy Autumn, New Anarchist City! … Can you think of…

The Four Seasons’ sweet sounds earned them induction into the Rock & Roll Hall of Fame in 1990, followed by a slot in the Vocal Group Hall of Fame in 1999. However, their surprisingly gritty origin story — marked by brushes with the Genovese mob family and drug addiction — is what inspired 2005’s Tony-winning Broadway hit “Jersey Boys.” The long-running jukebox musical was later adapted as a 2014 feature film by director Clint Eastwood.

DeVito left the group in 1971. At the time, his departure was publicly blamed on a hearing problem. It was later revealed, All Music reported, that he had “run up enormous gambling debts, as well as a hefty tax bill, and Valli and Gaudio assumed the obligations as the price for buying him out of the group.”

The estranged band members later reunited and shared many photo ops at promotional events for the “Jersey Boys” musical and film.

People have been victims of different situations, and face troubles, be it physically or emotionally or financially, on a daily basis. Now, several stars of Kollywood have tweeted about several peculiar situations and them being victims.It all started with Udhayanidhi Stalin tweeting that Chennai has always been the victim of heavy rains and questioned if…
Read more
Entertainment

Breaking! Dhanush sings for A.R. Rahman for the first time

Dhanush the multifaceted magician of Tamil and Indian cinema has one more feather in his cap as he has just completed a song for Isaipuyal A.R. Rahman for the first time in his career. He has shared the news on social media writing "Had a blast singing and chatting with our very own Isai puyal…
Read more
Entertainment

Suriya expresses thanks to popular actress for her awesome gesture

Suriya's much-awaited film 'Soorarai Pottru' is going to be one of the biggest attractions on the OTT circuit for this Diwali streaming two days in advance on November 12th. The trailer of the film released a few days back is raging on the internet and popular Telugu actress Lakshmi Manchu has tweeted "Yayayayayyyyyyy!!!!! Can’t wait…
Read more
- Advertisment -

Assam has become the first Indian state to add "transgender" as an identity category for people seeking civil service jobs, allowing 42 trans candidates to apply to sit an entry exam, an official and a campaigner said on Friday. The application form for the exam, which recruits for state roles such as administrative officials, magistrates,…
Read more

Thevar Jayanthi is celebrated every year on October 30th, particularly in the Southern districts of Tamil Nadu to commemorate the birth anniversary of freedom fighter and spiritual leader Pasumpon Muthuramalinga Thevar.  As Thevar is revered as a deity by certain communities and respected by various others, political leaders of the state unfailingly pay their rich…
Read more

The internet is a place of gems.  Recently a four-year-old Mizoram girl named Esther Hnamte sang AR Rahman’s popular version of the Indian national song Vande Mataram as she crooned in her sweet voice. The song caught on the fancy of netizens as it even got attention from the Chief Minister of the state. He…
Read more